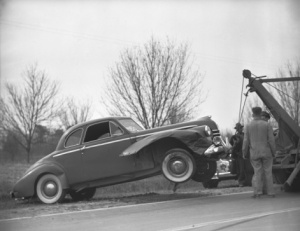 The Hook investigates a parking dynamic on the DTM that can ruin your visit downtown and cost you hundreds. Are lot owners being fair? Are those who get towed simply whining? You be the judge:

“It was supposed to be a fun night out on the Downtown Mall for a pair of mothers: dinner followed by a show, then home to their families. But on April 17, after shelling out nearly $80 for tickets to see Nanci Griffith at the Paramount, and dropping another $140 at Hamiltons’ restaurant, not to mention paying $10 for four hours of pre-paid parking, the good times came to a screeching halt when the two women returned to the lot across Market Street from Lee Park just before 11pm to an unwelcome discovery. The minivan was gone.

“I thought it had been stolen,” says Ginny Anderson, an oncology nurse who says she’d paid to park in the lot on many other occasions without incident. In fact, Anderson and her friend would soon figure out, their car had been taken– but not by a thief. It had been towed. READ MORE